LONDON: Mohamed Salah has been crowned the Professional Footballers’ Association’s Player of the Year after an explosive first season at Liverpool.

Few could have foreseen the Egyptian magician’s impact after he swapped Roma for Anfield last summer in a £34.3million deal.

It has certainly proven money well spent and Salah’s exceptional performances have brought recognition from his peers in his first season back in English football.

The 25-year-old was named Player of the Year at the 45th PFA Awards at Grosvenor House in central London on Sunday evening, having seen off tough competition from Manchester City star Kevin De Bruyne.

The pair have been the standout players of a memorable campaign, with the Belgium international playing an integral role as Pep Guardiola’s swashbuckling side won the Premier League in style.

Leroy Sane – crowned PFA Young Player of the Year on Sunday – and David Silva were the other City players on the six-man shortlist, with outstanding Manchester United goalkeeper David De Gea and free-scoring Tottenham striker Harry Kane completing the nominees.

But it is Salah that has come out on top after one of the greatest debut campaigns in Liverpool’s history.

“It’s a big honour. I’ve worked hard and I’m very happy to win it,” Salah said at the ceremony on Sunday evening. 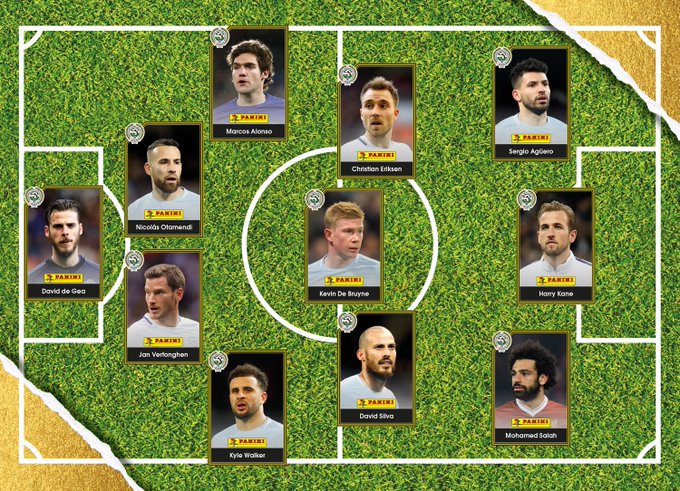 The PFA @premierleague Team of the Year!