LONDON: The new English season is already only days away – as the FA has reminded fans by naming he match officials for Saturday’s double-header FA Community Shield at Wembley. 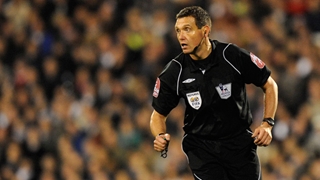 The video assistant referee for this game will be David Coote (Nottinghamshire) and assistant VAR is Dan Cook (Hampshire).

“Andre Marriner will be officiating in his second Community Shield whilst the rest of his team and Rebecca Welch and her team will be experiencing a Wembley Community Shield for the first time.

“Both sets of officials will be mindful that their respective matches ‘kick-off’ the season and they thus have an important role in enforcing this year’s changes to the Laws of the Game which will be applied in the new season.

“The FA Referees’ Committee has every confidence that both sets of officials will work hard to enhance each match so that it is a memorable occasion for those taking part and those watching remotely.”