LONDON: Marcelo Bielsa has said he is refusing to set targets for his first season in charge at Leeds United.

The 62-year-old has embarked on his first job in English football after signing a two-year deal with the option of a third season to replace Paul Heckingbottom 10 days ago.

The former Argentina and Chile boss was Leeds’ top target in their quest to end their 14-year Premier League exile, and it was an appointment met with delight by the Elland Road faithful.

On the decision to join the Leeds, Bielsa stated: “I had to convince myself. I was convinced by the strength of Leeds United as a club and institution and on-the-field the possibilities it has.

“I looked at things from a football point of view, those things together came about to help me make my choice.”

There’s a great deal of hope and expectation is present from the Leeds fanbase, but Bielsa refused to draw upon creating targets already.

“It’s imprudent to promise something which you know can never be guaranteed,” Bielsa said via his translator.

“At the same time, not to dream about that would be impossible. What drives you is having that hope, desire and belief that you can achieve what everyone wants.

“Setting objectives, parameters in advance – I don’t think it’s the ideal message of support. The users of these messages are the fans.

“The history of this club, everyone knows how to measure success or failure at the end of the season.

“If you try to predict the future you’re almost becoming a demi-god rather than a football coach.”

Bielsa is renowned for his attacking style of football. When asked what the fans can expect to see – he added: “We have an obligation as managers to put in place what we believe and what is right. I believe that the players will interpret this.

“The players have enough ability to put my thoughts and beliefs into action. As regards to what fans can expect – I think they want to see it out there on-the-field rather than what might happen. 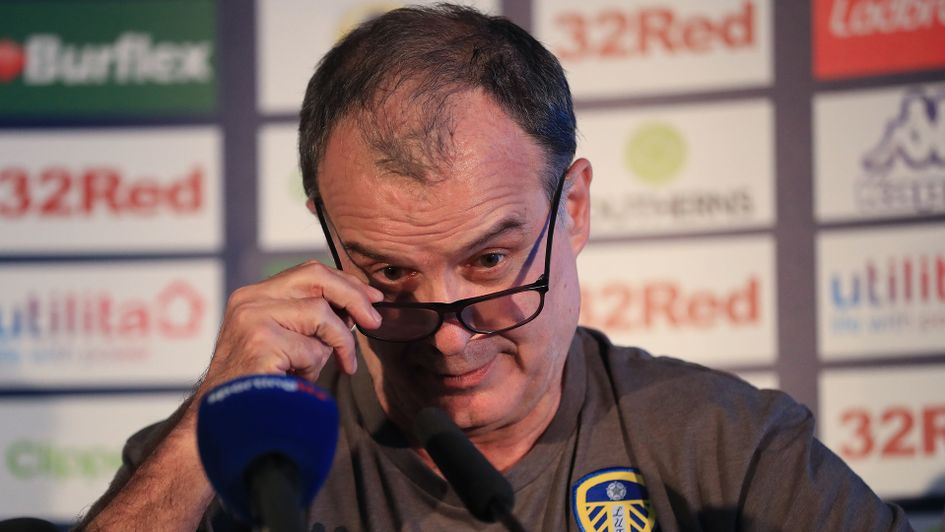 “I want my players to not be scared to get on the ball and play – to spend time with possession of the ball.

“I play the kind of football with the ball on the ground, transitions from defence to further forward – keeping it on the ground.

“I think they’ll (the fans) see loyalty and faith on what we’ve worked on in training to out there on the field.

“This is what we’re aiming at, our intention at this stage. I think it’s about learning about situations, how to deal when they’re not on top and they’re not winning, taking on our ideas to win the game.”

Bielsa admitted that there wouldn’t be a huge influx of new signings, but there will be additions. “For the moment, we’re not intending to bring too many in,” he said

“In terms of the way things are run – I get names from Victor Orta here at the club, I then give my opinion on those players he mentions to me and if we can arrive at an agreement, that we’re on the same page, that’s when the process starts.

“The club have got 15 players more than they need and we still have four or five positions on the field where we need to strengthen.”

Discussing if he’d had any conversations with the duo, the Leeds boss admitted: “I’ve not had a physical conversation with them, but I’m aware what they have said in the media, almost all the time, I’m aware about what they say.

“As you’re aware, those two guys are in love with the English game. So everything I’ve seen from comments they’ve made have always been absolutely very positive.”